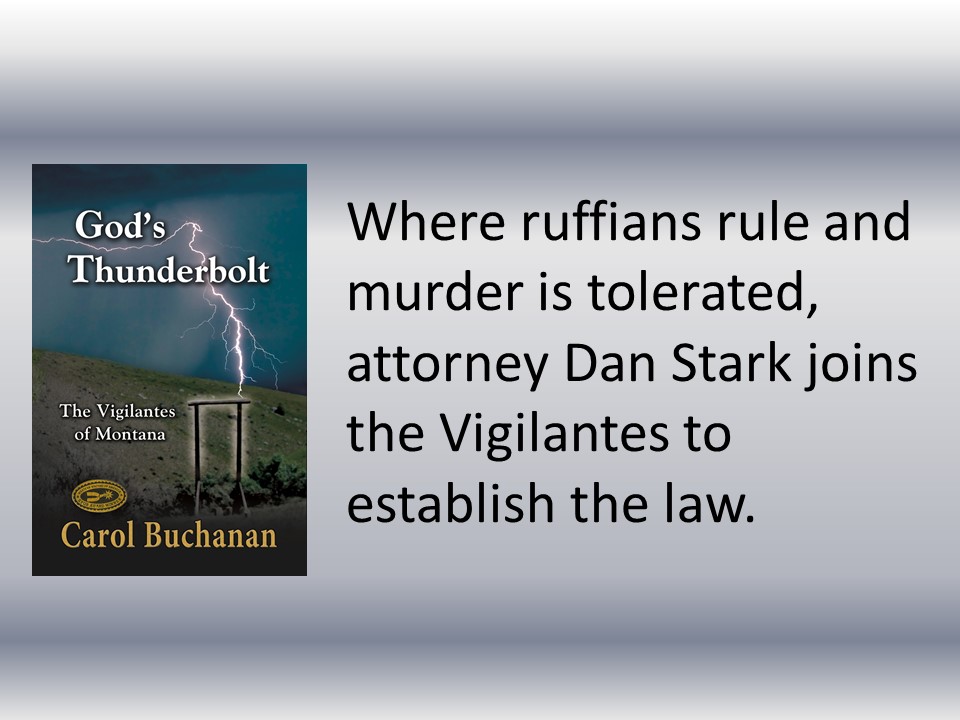 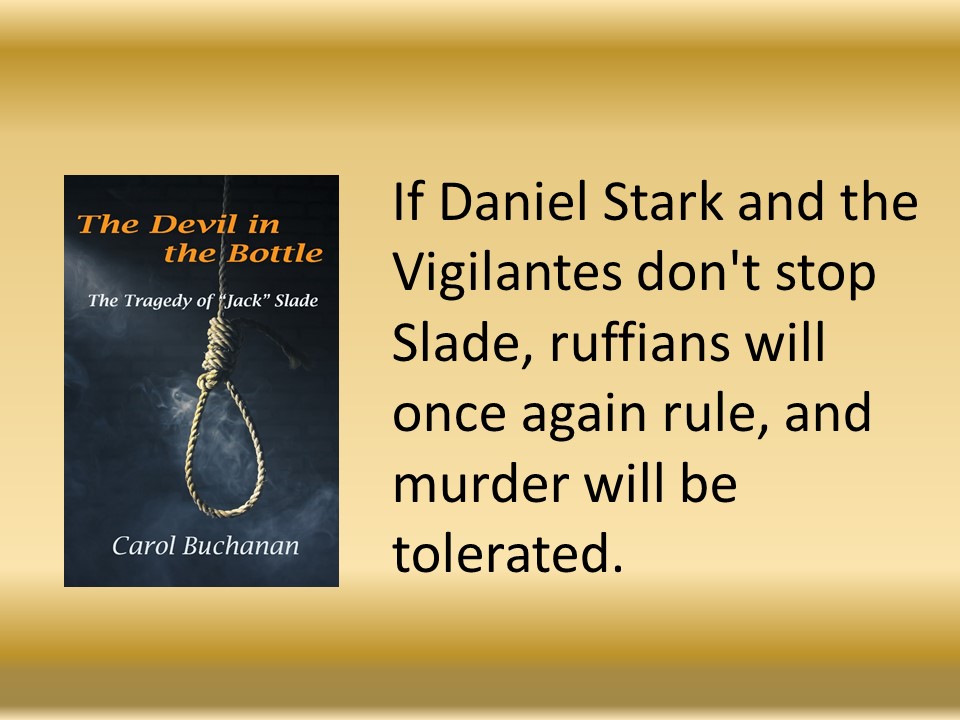 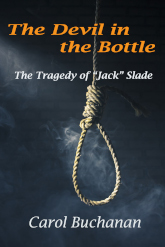 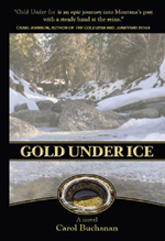 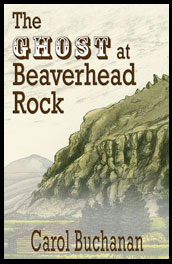 When I wrote God's Thunderbolt: The Vigilantes of Montana, I had no thought of writing more than one book about this early period in Montana's history, which coincides with the Civil War. The more I've learned about it, the more stories I find to tell about our pioneers and the hardships they conquered through pure grit, hard work, and faith.

The novels are listed below in the Quartet's chronological order.

God's Thunderbolt: The Vigilantes of Montana

In Alder Gulch, ruffians rule and murder is tolerated. Travelers who try to go home with their gold disappear or turn up dead. Attorney Daniel Stark wants to uphold the law, but there is no law in this remote wilderness. No law but survival of the smartest. Can Dan and his friends break the conspiracy of greed that takes other people's gold at gun point?

God's Thunderbolt was the 2009 Spur winner for Best First Novel from the Western Writers of America.

The Devil in the Bottle

More feared than God Himself (wrote Mark Twain), Joseph (aka Jack) Slade settles near Alder Gulch and Virginia City. A fine man and loving husband when sober, he turns into a demon when drunk. Just a month after the Vigilantes cleaned up the criminal conspiracy that made honest people's lives hell, Daniel Stark and Slade's other friends warn him that his drunken binges will not be tolerated. But Slade does not believe them, and he pushes the Vigilantes to the limit.

"Carol Buchanan moves well beyond the usual historical fiction realm, and enters into a story of Wall Street gold trading and the value of President Abraham Lincoln's greenback currency. The story of Daniel Stark, and his quest to repay his family's indebtedness, is mirrored by the larger historical drama of the Wall Street battle of the greenback dollar against the gold Double Eagle coin. The fate of America, embroiled in the horrific carnage of the Civil War, hangs in the balance. The threads of Daniel Stark's life become intricately woven into the arcane financial drama played out by the gold traders in New York. In the days before electronic trades, the gold market was a rough and ready business, that could easily determine the outcome of the war, and the future of America, in just a few failed or successful trades."

(From the review by Wayne Hurlbert in Blog Business World.)

The Ghost at Beaverhead Rock

Throughout 1864, the Montana Vigilantes have ruled Alder Gulch, but as Montana Territory is organized, a new Chief Justice warms them: "No more midnight executions."

At the same time, Daniel Stark, the Vigilante prosecutor, is accused of stabbing a man in the back in order to win his wife and his gold claim. If the true killer is not discovered, Dan could be tried for the crime, convicted by a jury, and hanged. Even if the court acquitted him, he could be tried and hanged by the Vigilante tribunal. As he vows to find the murderer and prove himself innocent, the ghost of a hanged man haunts him. Is it a vision of his fate to come? Is it retribution?

Dan tells the apparition, I do not believe in ghosts.

Previews of the Kindle Editions